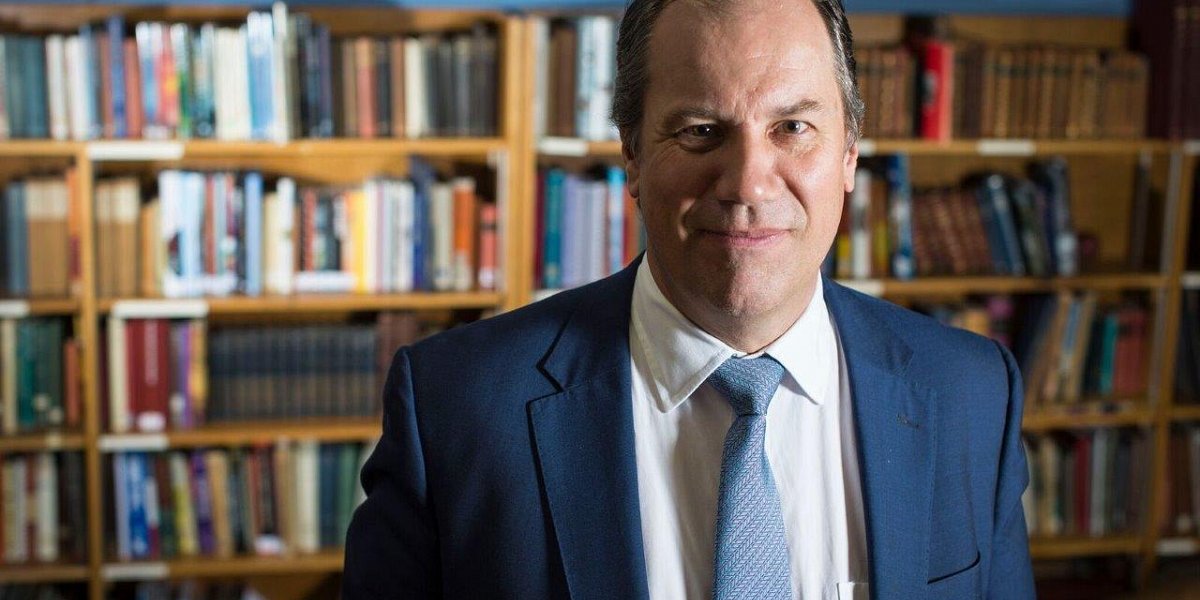 My call with William Lees-Jones, managing director of JW Lees (pictured), takes place on a grey November morning, immediately after the man himself has performed a grotty, but nonetheless fundamental, task at head office in Middleton, Manchester. His team are on furlough, with Lees-Jones having to take up various additional roles to help steer the north west operator’s ship through a second lockdown and into a trepidation-filled festive season that’s sat alluringly on the horizon.

“I’ve just been out the window to unblock the drainpipe,” he declares triumphantly, as he sits himself down in front of the Zoom call. “My office is above our boardroom and I noticed that the drain was full of leaves. What can I say? I’m multiskilled.”

Not that JW Lees had a pre-pandemic ‘drainpipe technician’ for this sort of duty, but the anecdote, coupled with Lees-Jones sat on his own within such a vast HQ, was a sombre reminder of the times we were talking in. There was no one else in that day, but there was some hope to hold onto – the day after the interview takes place, Lees-Jones is heading into Wales to reopen the 16 pubs and hotels that JW Lees operates in the country. The two-week circuit breaker was coming to an end and pubs around Wales were reopening their doors. He had thought that the Welsh lockdown period would be extended, but Mark Drakeford, Wales’ first minister, had kept his word, and Lees-Jones was now visibly excited to get back on the road and start visiting some of the group’s operators again. Does he think the Welsh journey will help JW Lees prepare for opening the doors in England this month?

“I don’t know,” he says. “We keep saying to government: ‘Give us some time, give us notice’. For the first lockdown, our food write-off was nearly £200,000. This time it was almost nothing because we were prepared – we need notice for when we’re able to open. I feel sorry for the very small cask ale breweries, because people have de-risked their ranges to avoid product loss. The big picture is that people have cut those types of products back.”

If the modest notice period before the November lockdown allowed for even just a small amount of contingency planning, why is the government, so renowned for strategic ‘leaks’, not giving the on-trade even the slightest of glimpses into what December trading may look like?

“There is not a lot of business experience around the cabinet table,” Lees-Jones says. “I just wish we were trusted more to help come up with guidelines that work. The majority of operators just want to run their business and don’t want to lose their home – many forget that a lot of people are living above their pubs.” 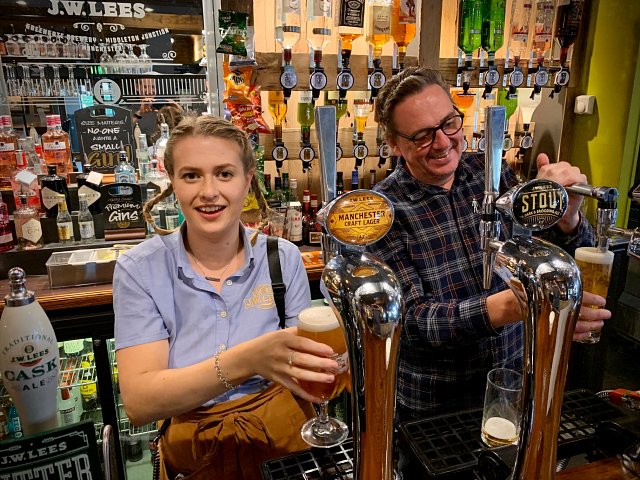 Much like Pub & Bar’s last lead interviewee, Peter Borg-Neal of Oakman Inns, Lees-Jones has spent a considerable amount of time in the media throughout the pandemic – from being grilled by the BBC’s Laura Kuenssberg (“she took it easy on me – I guess she saw me as less of a challenge than her usual interviewees”) to giving an interview entirely in French for Le Monde. Indeed, it was Lees-Jones’ prominence over the last nine months that led to me dropping him a message to see if he fancied a chat. I ask him the same thing I asked Borg-Neal – why does he think he became such a marked operator throughout this time?

“I’m on the board of the British Beer & Pub Association (BBPA),” he says. “It has been amazing in terms of going from daily Zoom calls to formalised meetings, but one thing that struck me was that most of the people on the board are running PLCs, so they’re not allowed to do anything or say anything that might disclose information or impact their share price. I was actually accused of being reckless in August, as I shared how successful Eat Out to Help Out had been for us – we claimed £700,000.

“One of the joys of running JW Lees is that we only have seven shareholders, so I felt I had a responsibility to speak freely on behalf of the industry. Going back to the beginning, I was in a meeting with the BBPA board and I said I thought I could get onto BBC Breakfast. This was because I was at university with Louise Minchin’s husband, so I phoned her and asked her to get me on. But because I didn’t do anything silly, I remained a person the media could talk to – we all remember the chef from Newcastle who decided to put a derogatory picture of the prime minister in the background of his interview; he didn’t get invited back. I used to do this stuff professionally when I ran my own communications group, so I trusted myself to be able to be an industry cheerleader, but also a realistic voice for pubs and brewers.”

Lees-Jones has leant his voice to everything from rents, rates and VAT to tiers, ‘substantial meals’ and the ever-controversial 10pm curfew. Although this government has made its fair share of U-turns, the JW Lees MD is quick to point out that no government enjoys doing so and will look to avoid embarrassing acknowledgments of misjudgement at all costs.

At the time this interview was carried out, Oldham, situated in JW Lees’ heartland, had one of the highest number of Covid-19 cases in the country – Lees-Jones has often tweeted caution of overwhelming hospital beds in areas such as Oldham, so is more than mindful of which government-led restrictions he publicly opposes. What about the 10pm curfew then? Does he think this has helped reduce the spread across the country? I imagine you can guess his answer.

“The 10pm idea was as stupid as reopening the industry on 4 July,” he says. “What halfwit is going to launch a pub on a Saturday night? You do the soft opening on a Monday for friends and family, mop up Tuesday, training Tuesday and Wednesday, and open to public on Thursday lunchtime. These are simple things that the government don’t see.”

If the government can’t see the wood for the trees when it comes to hospitality, perhaps input and ideas from operators could help provide some clarity… or maybe a group trip to Barnard Castle is in order. 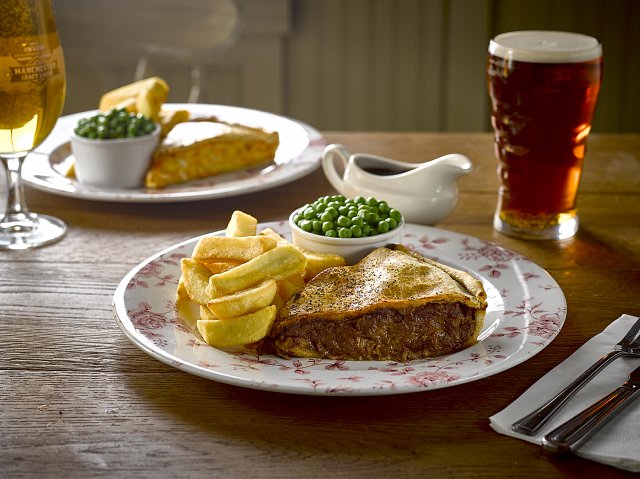 Unlike thousands of businesses across the UK on-trade, JW Lees decided not to offer a takeaway service in its managed division during last month’s lockdown. While a number of its pub partners opted to prop up their sites through food and drink to go, Lees-Jones didn’t see the sense in converting an entire managed operation for the sake of 28 days’ worth of trading.

“I don’t want to seem like we’re being weedy, but there’s no point in turning the business into takeaway for one month when we can use that time to get ready for Christmas and hit the ground running,” he says. “Plus, Deliveroo is very expensive. It’s a bit like when we first opened hotels – the internet liberated our ability to sell hotel bedrooms and now Deliveroo is to takeaway what booking.com is to hotels. One of our pub partners, The Bridge in Sale, was doing lots of delivery in the first lockdown. They were so successful that they were better off employing their own drivers rather than relying on Deliveroo.”

But that’s not to say the business stayed static while under this year’s new restrictions. Lees-Jones talks fondly about how they returned to trading back in the summer and how the business turned the table service-only rule into a challenge across the company’s teams – who can do the most steps in a day?

“One member of the team did 27,000 steps,” he says. “But it was brilliant – table service meant the quality of service went up and staff were running around giving amazing hospitality, rather than looking at their phones and texting their mates. And then they were getting great tips as a result. Everybody wins.”

I suppose one of the advantages of having a managed division of pubs within a group is that head office can implement strategy and structure across the estate, guiding managers through the most turbulent of times with a regional ‘one size fits all’ approach. As Lees-Jones mentioned earlier in the piece, menus are being reduced across the industry, with operators falling back on best sellers and risk-averse products with a long shelf life. In the managed sites, this can be rolled out with ease to great benefit – with front- and back-of-house having fewer items to consider, the quality of food and service both go up. JW Lees has seen these results first hand, so with this (and the Pubs Code) in mind, is Lees-Jones not tempted to transfer more of its 100-plus tenanted and leased sites into managed outfits?

“No,” he says bluntly. “If anything, lockdown taught us that we want a balanced business. Our tenanted estate is about half of our income, free trade is about 20%, managed 30%. We had been growing our hotels and inns business, but when we went into the first lockdown we said that we would de-risk the business in every possible way – so dropped a couple of acquisitions and mothballed some building projects.

“Cash is king and, in my mind, people are going to run out of cash. The £1,000 per person furlough bonus being taken away by the chancellor is causing huge issues with people and their banks. The tenanted business is much more robust, as there aren’t all the wages to pay.” 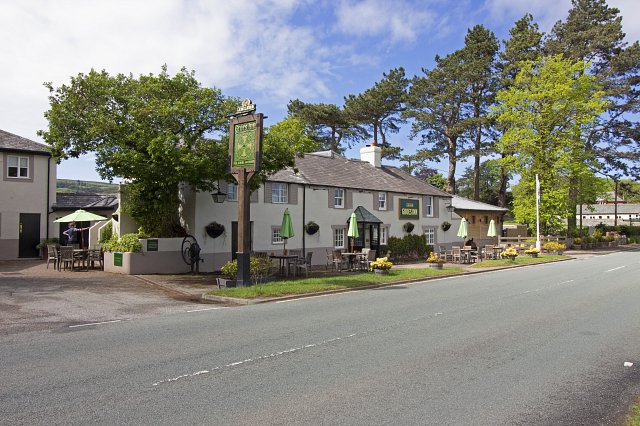 As you can imagine, my time chatting with Lees-Jones was largely filled with the talk of politics – operators are hurting and, while the world awaits the imminent delivery of a Covid vaccine, many in the industry are crying out with suggestions on how the sector can be patched up for the time being. By the time this issue lands, who knows, maybe Boris and Rishi will have listened to some of those cries. But as our conversation draws to an end, I steer us into calmer, more positive waters, highlighting the unquestionable success and industry respect that JW Lees continues to receive year-on-year. Can Lees-Jones sum up why his business is so accomplished? Of course he can, and begins his answer with a gracious nod to another of his award-winning peers.

“If you get back to basics, people will always want to go to really good pubs,” he concludes. “A good local example is in Alderley Edge – there was no decent pub there until the New World Trading Company opened The Botanist. From the moment it opened, it was rammed. It’s a proper pub with music, drinks and good food. They reminded everybody who lived there what a great pub looks like. That’s the benchmark for me.

“We have great people working here and we always look at the long term in terms of what’s the right thing to do. People are aware of those companies that aren’t flip flopping – one thing one day, another the next – those who are running really great pubs that people love. When we look across the UK, one of the great things that pubs will always have over restaurants, particularly casual dining restaurants, is that they don’t need to be fashionable. They need to be in a great place, run by great people, serving great food and drink. We just keep everything pretty boring.”